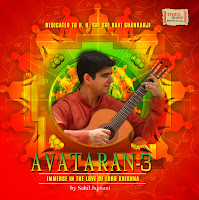 On 13/12/2010 His Holiness Sri Sri Ravi Shankarji officially inaugurated the album “Avataran 3: Immerse in the love of Lord Krishna” by Sahil Jagtiani at the International Art of Living Foundation Center in Bangalore, India.

The album consists of ten songs which are contemporary bhajans dedicated to Lord Krishna. It has a universal appeal and incorporates many styles of music and compositions. The first track “O Radhe Radhe” has a very Traditional bhajan feel to it, whereas track 2 “Radhe Govinda Shyam” is a very strong Choir based song with Celestial Harmonies. Track 3 “Ghanshyam” has a Contemporary Latin touch to it and Track 4 “Hari Hari” is a Bhangra Dhol Mix for which a Music Video is going to be made. Track 5 “Namo Namo Krishna” has an uplifting and powerful World Music appeal. Track 6 “Om Namo Bhagavate” is a sublimely meditative and harmonic slow chant. Track 7 “Krishnaya Muralimanohara” is a Garba style bhajan and track 8 “Bhaja Govindam” has very heart touching lyrics with a World Music flavor. The Instrumental track 9 “Leaving Brindavan” is a haunting flute melody and the last track “Jai Jai Radha Raman Hari Bol”, which is also an instrumental, covers a broad range of both Indian and Western instruments.

Sahil Jagtiani is the lead singer, guitarist, keyboardist, arranger and music director for this album, and he has even mixed and mastered most of the tracks. He has been involved in Western music from his teenage years. He has played in two progressive and multi-cultural soft rock bands from Hong Kong and London during his high school and college days.

When he met H. H. Poojya Sri Sri Ravishankarji, he knew that he had found his Guru & Mentor. Guruji’s breathing techniques made such a positive impact on Sahil that he decided to devote his entire life to spreading Guruji’s message of love and peace, and he became a Full Time teacher with the Art of Living Foundation. Sahil has done satsangs all over India and in aid of charities such as “Cancer Kids” and participated in festivals such as “The Kala Ghodha Festival” in Mumbai. He has played at an Indian Embassy supported event in the “Mir” Hall in Moscow, Russia and has performed the theme song Vasudhaiva Kutumbakam during the Silver Jubilee Celebrations 2006 at Jakur Airfield in Bangalore in front of almost 2 million people.

This album is Sahil Jagtiani’s third with Times Music and 11th album till date. His music, as well as being very popular within the Art of Living, has reached both spiritual and non-spiritual audiences worldwide and has given bhajans a universal appeal.

For more on Sahil Jagtiani and his music visit www.sahiljagtiani.com and visit www.avataran.net for more on the earlier Avataran albums.

Posted by Unknown at 2:10 AM No comments:

"Avataran 3: Immerse in the love of Lord Krishna" Caller Tunes 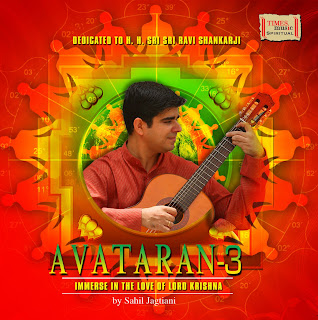 Great News! You can now set your callertunes to your favourite song from Avataran 3. Here are the codes:

To preview all the songs from this albums visit http://sahiljagtiani.com/avataranIII.html

Avataran: Unite Within Yourself Caller Tunes

Here is a list of callertunes codes for my first album 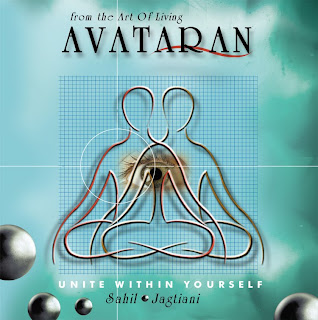 SMS D109221 to 55456
To set a their callertunes, Airtel Users can visit http://mobile.rediff.com/crbt/airtel/avataran/
For more on avataran please visit www.avataran.net
To preview the tracks and download the ringtones for this album, please visit: http://sahiljagtiani.com/avataran.html
Posted by Unknown at 11:00 AM No comments: